Discharge co-organized a Flow Regatta at the EGU 2018 together with Gabe Sentliger of Fathom Scientific. This event was sponsored by Sommer Messtechnik who generously helped us securing the site and by SEBA Hydrometrie who kindly sponsored the lunch. The goal of this Flow Regatta was to gather motivated competitors performing measurements with different hydrometric systems at the location of an official gauge. Altogether, 7 systems were presented and different participants joined in order to get some hands on these sytems. The competing systems were:

An international team of interested competitors and 10 participants joined us for that event that took place at the periphery of Vienna. The river considered was the Liesingbach, whose discharge can raise rapidly during storm events. A radar gauge station was available but it was designed to measure flows for high discharges. As the weather had been dry prior to the EGU conference, this station could not provide an exact discharge value but rather a first order estimate.

Since no ground truth was available to designate the winner of the Flow Regatta, the organizing team asked Nick Everard from the Environment Agency of the United Kingdom to be referee of this competition, which he kindly accepted.

After a small presentation round during which some of the competitors tried to win the prize of the longest possible introductory talk (this prize was not at stake though), all the people available had to deliver a SWAG (scientific wild ass guess, Canadian term commonly used in British Columbia): an estimation of the flow based on visual observation only. These ranged from 10 to 600 L/s with an average at around 300 L/s (some of which might have been biased by experiments performed on the same site a day before...). Everyone then went to the different systems and performed measurements, the competitors all happy to show their respective systems.

The results obtained were the following:

Nick Everard, as an impartial judge, recorded the different results obtained on his note book, as you see it here. He averaged all these values to obtain a “ground truth” of 294.5 L/s and it turned out that the Vertuschka estimate was the closest to it! The robust Russian propeller was then designated winner. The participants with the closest SWAG to the “ground truth” received a prize and everyone then went to the nearby located Biergarten to enjoy a beer and a schnitzel.

As the feedback of the participants and our fellow co-organizers was positive, we will set up another Flow Regatta for the EGU 2019. In the meantime, several similar events are being organized, so if you are interested, please checkout: 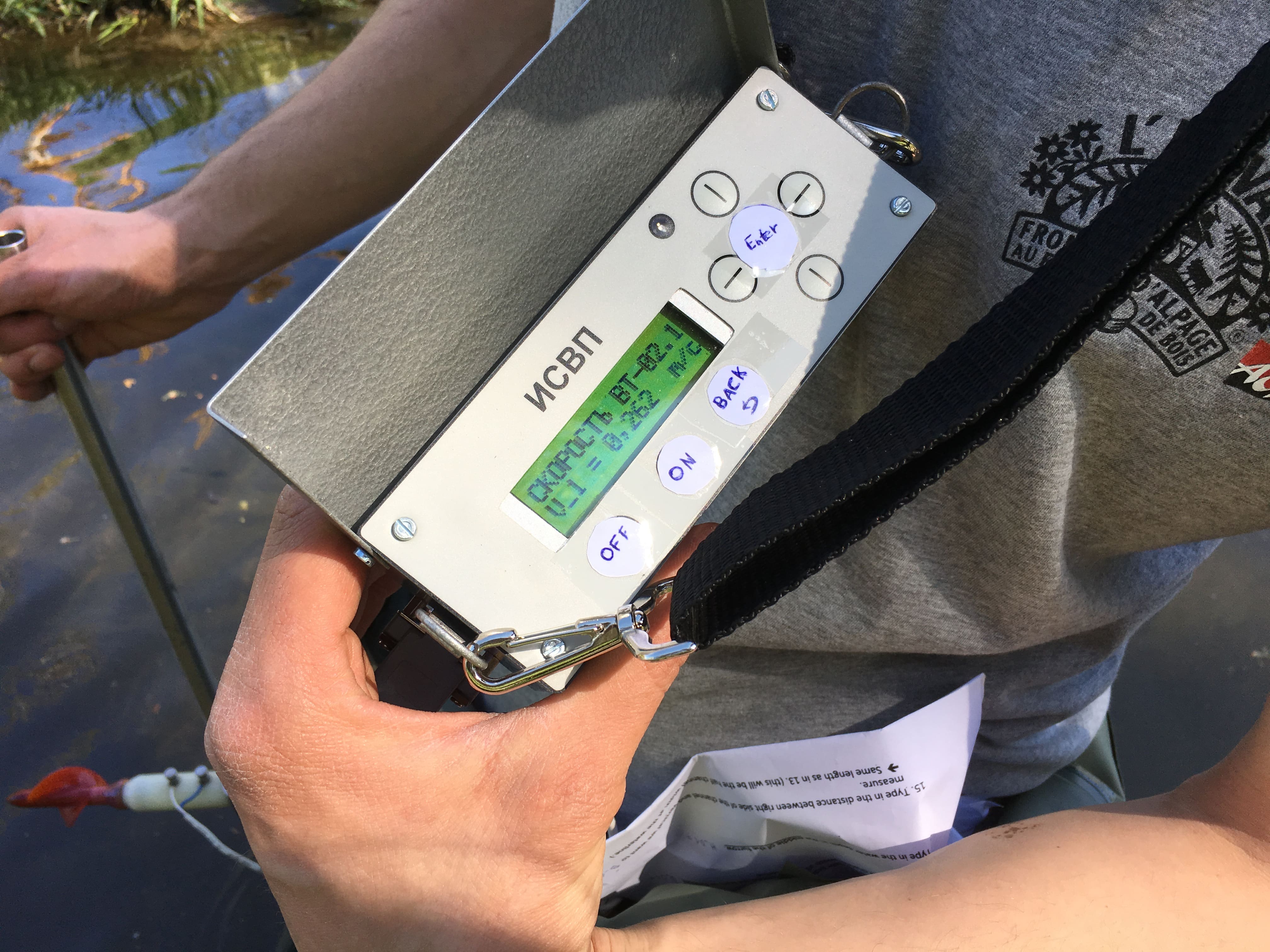 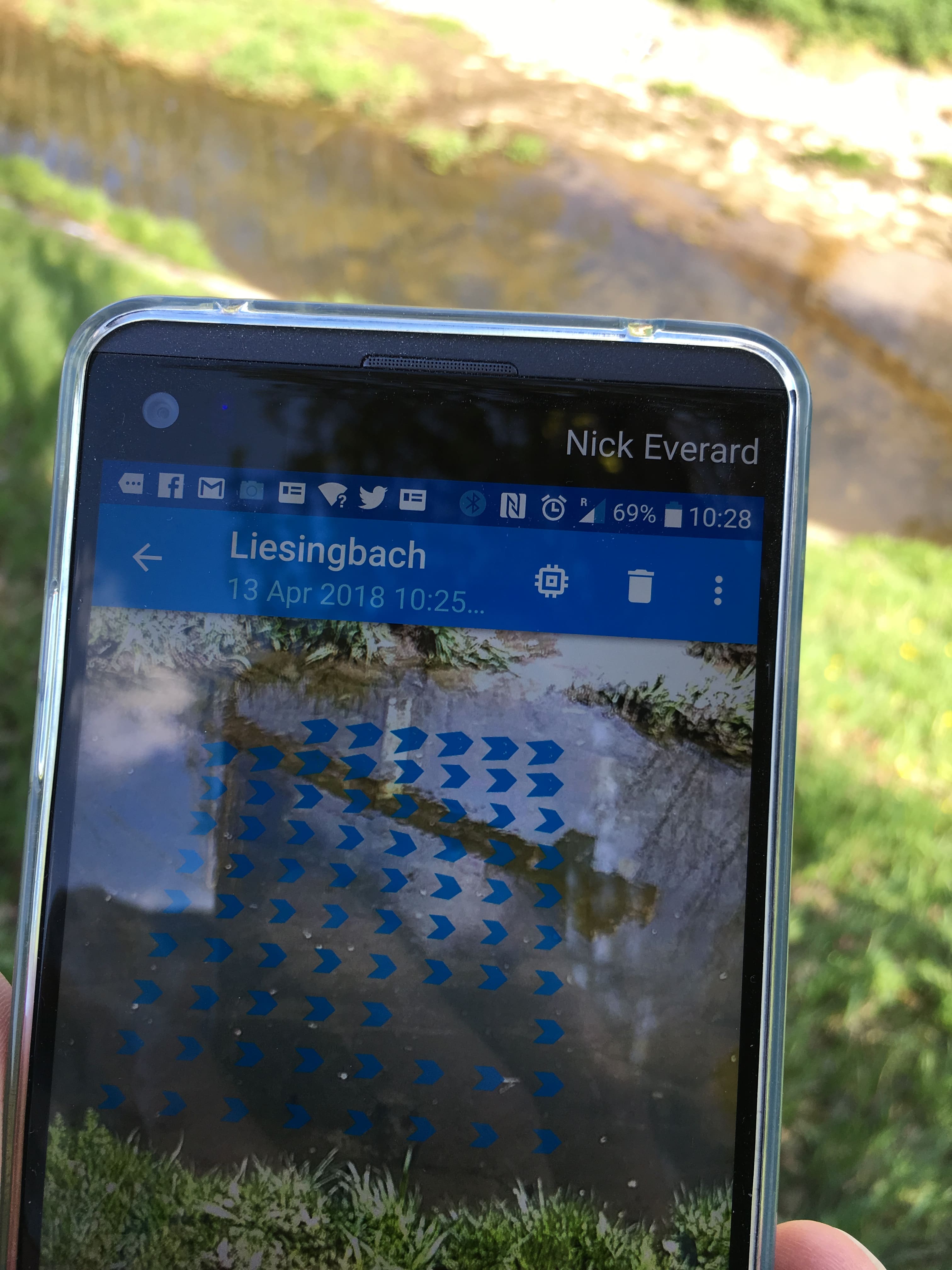 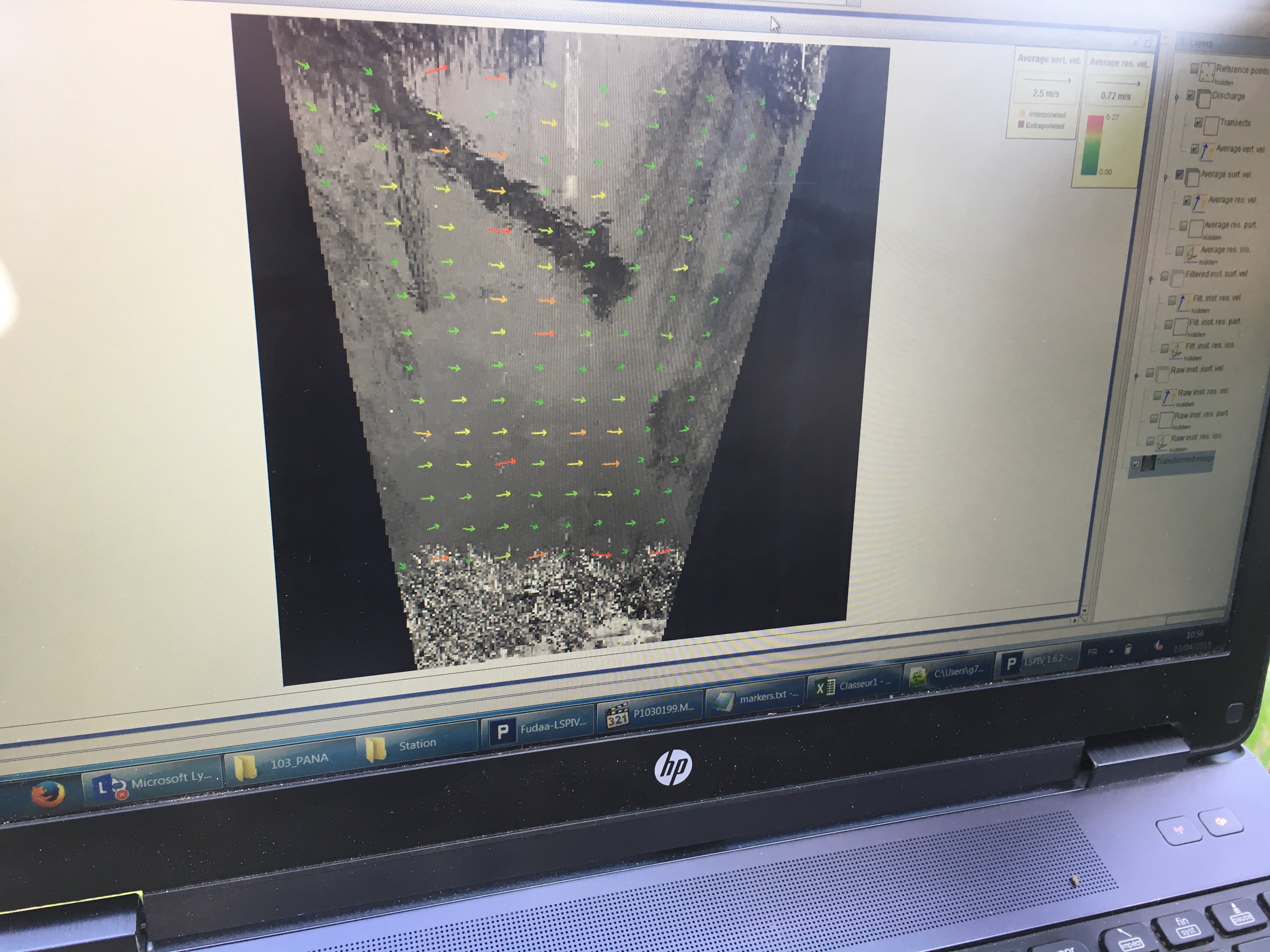 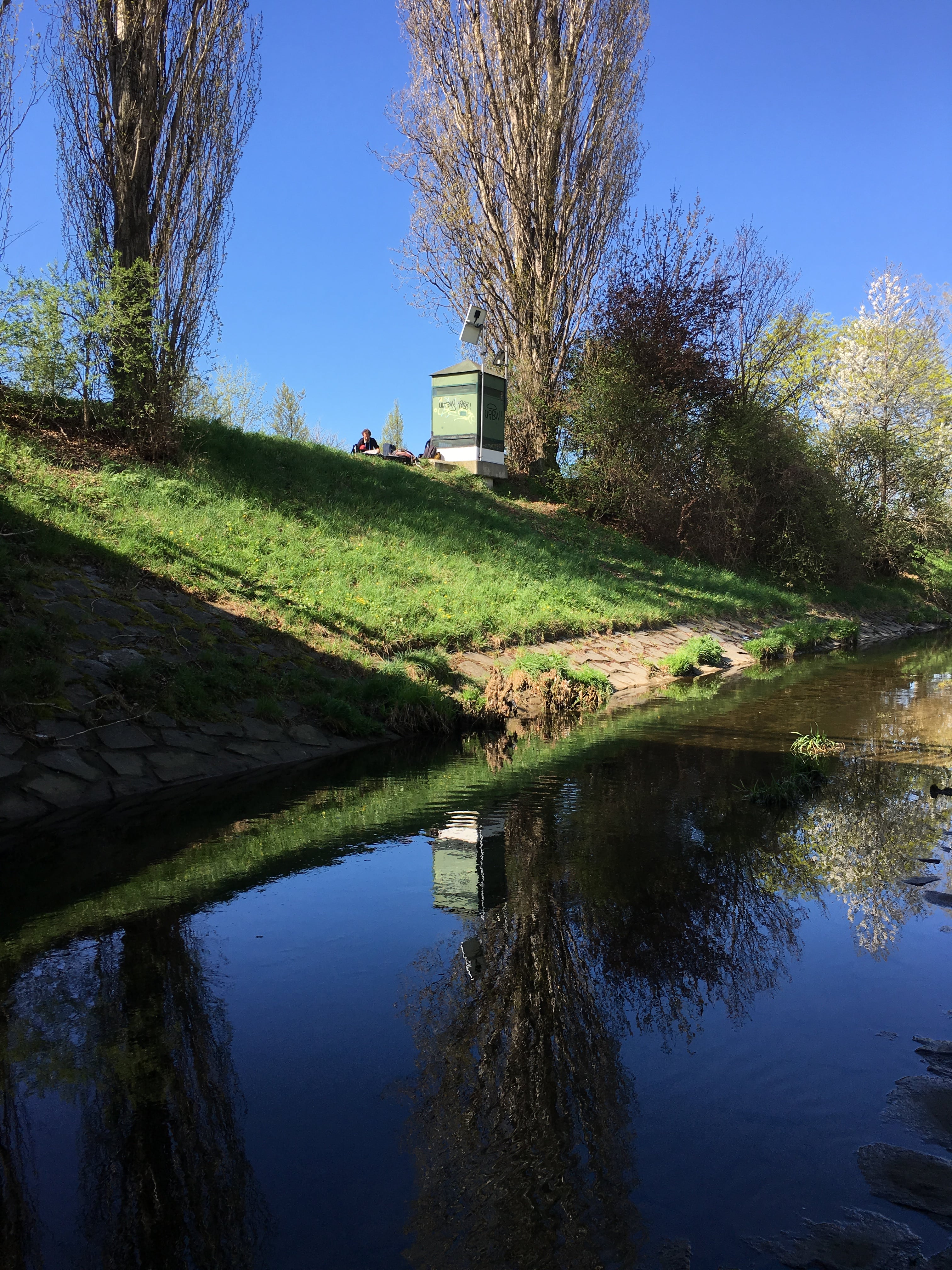 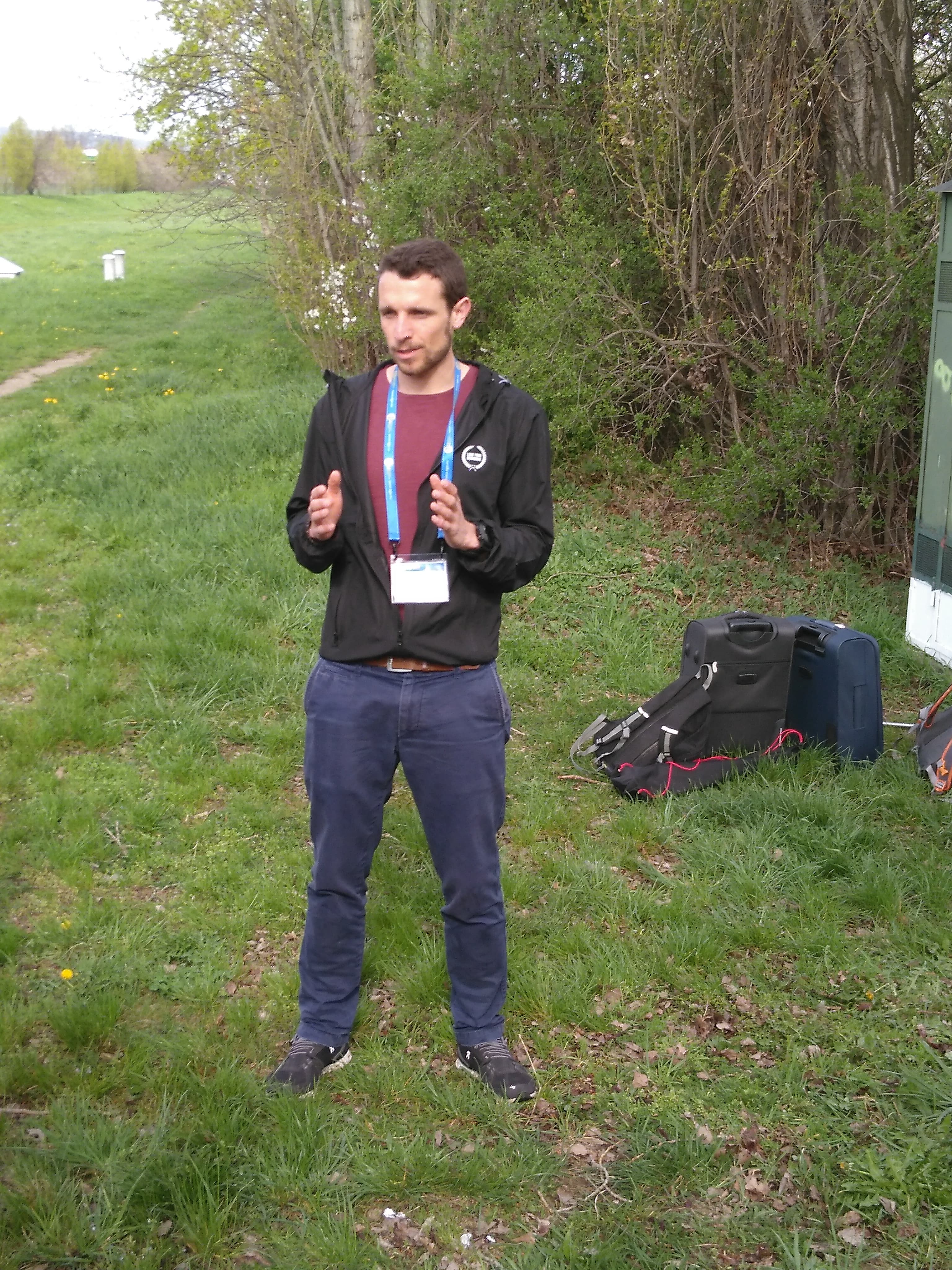 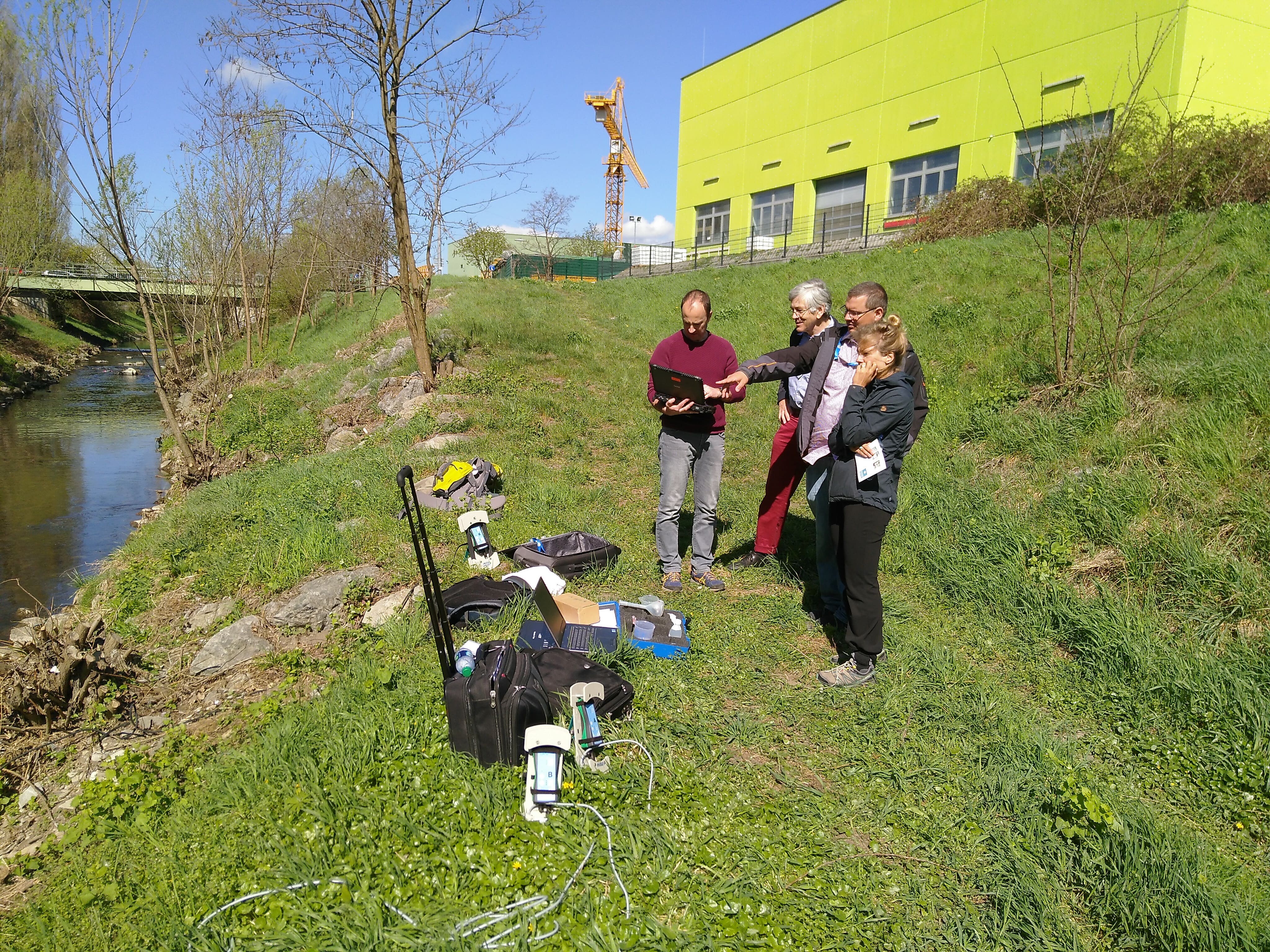 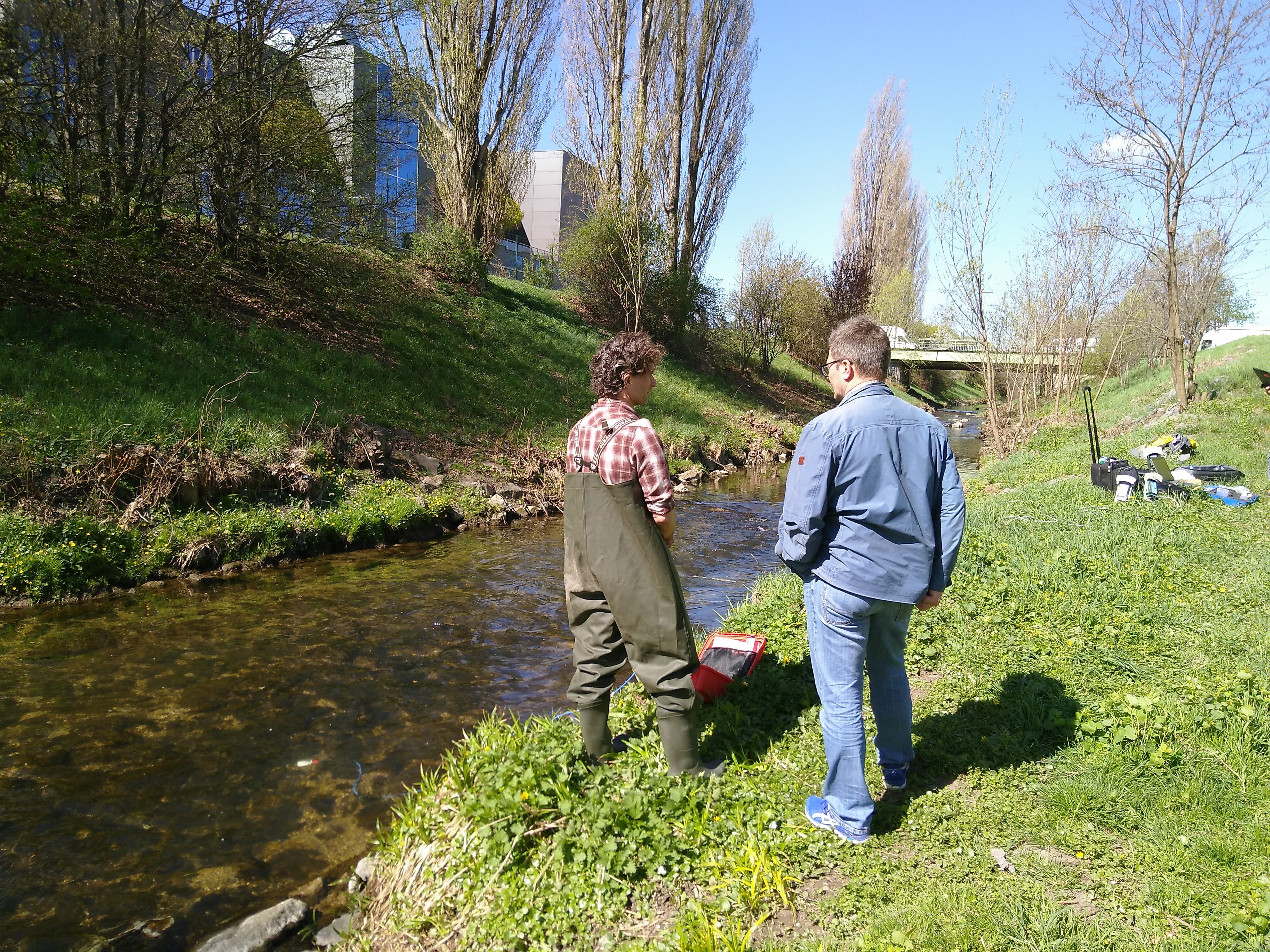 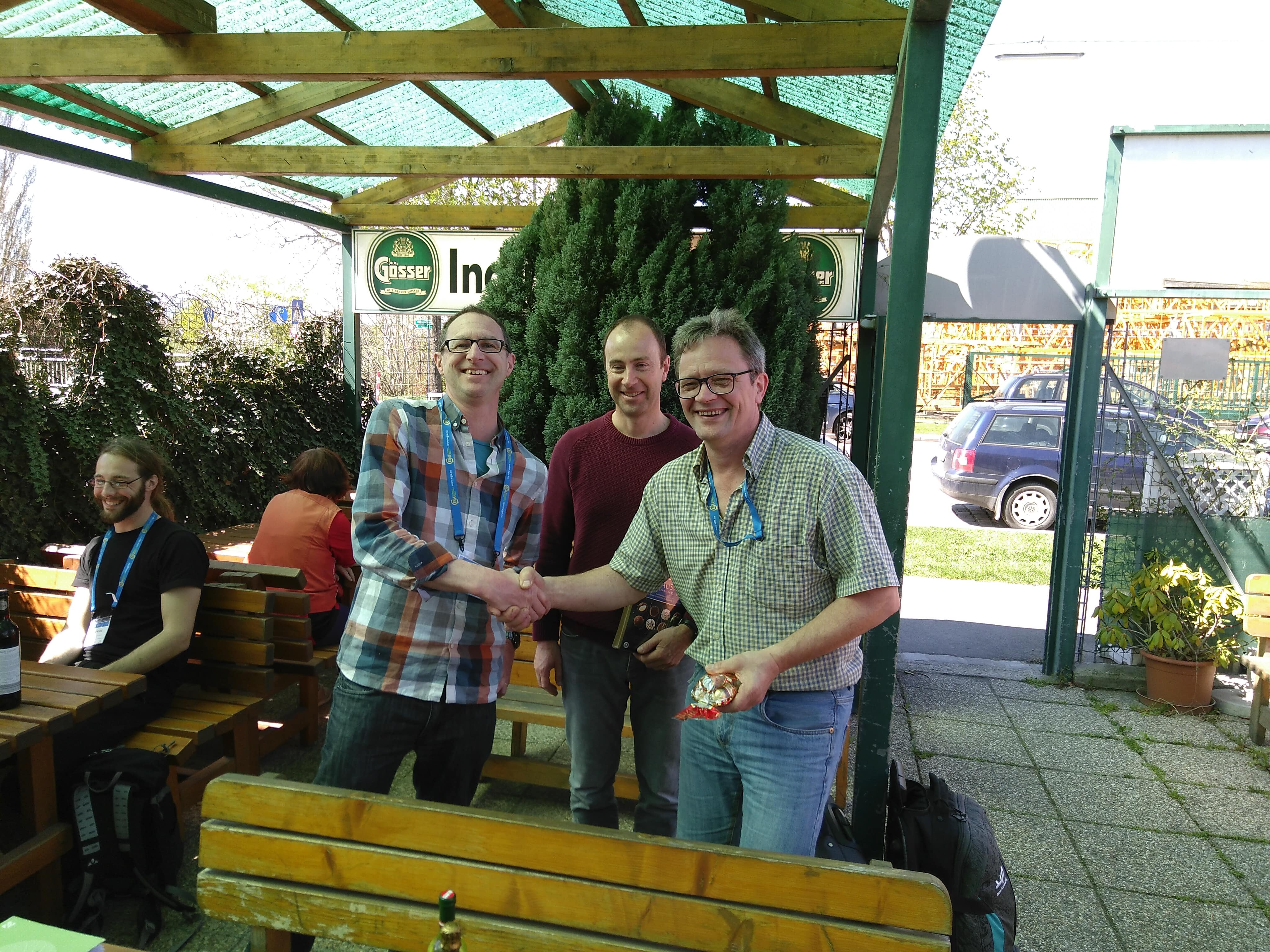 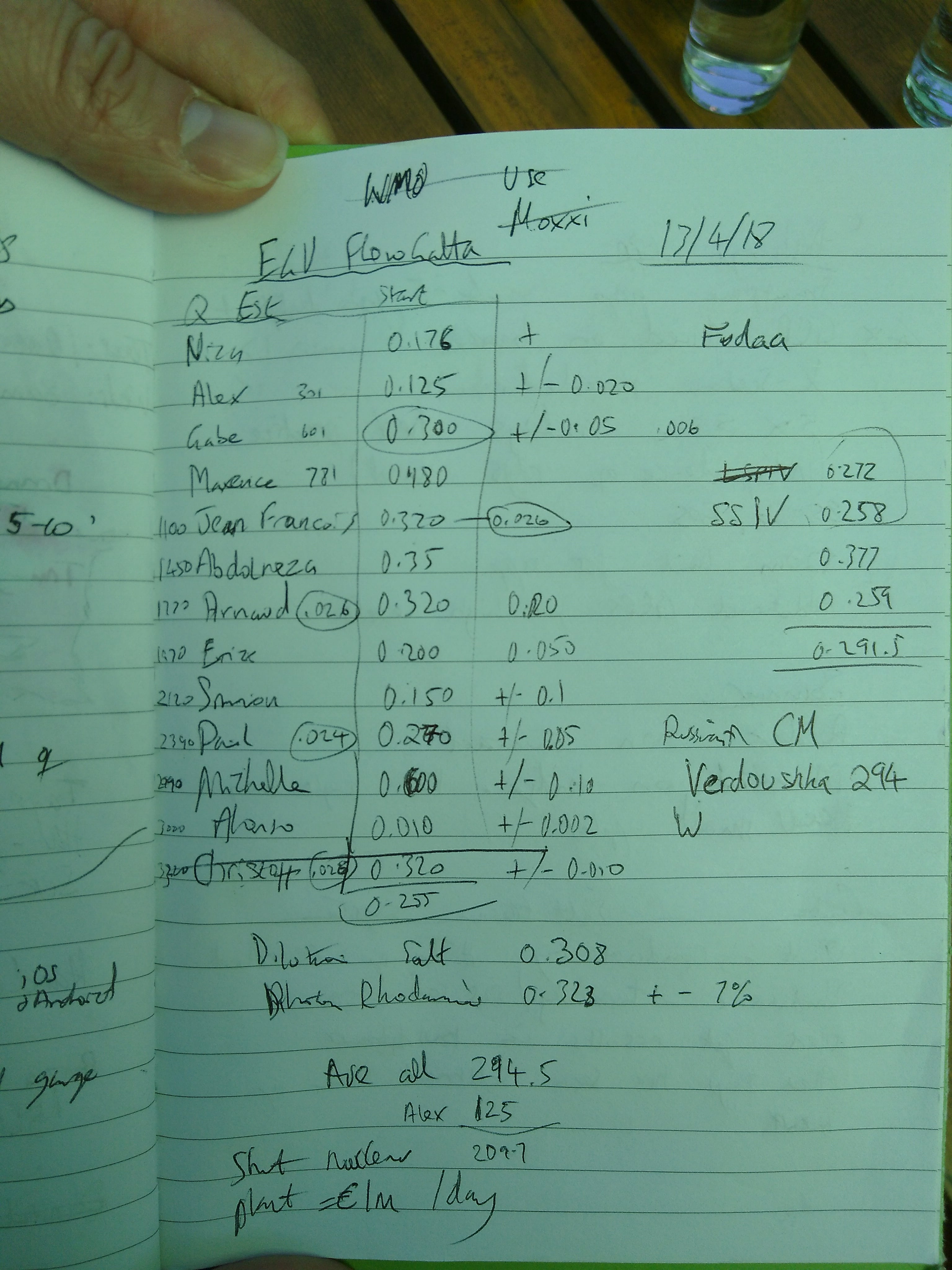 The Discharge team is co-organizing a Flow Regatta at the upcoming EGU 2018 in Vienna.

This Flow Regatta will be a short course where new techniques and equipement to mesure flows in watercourses will be presented.

This will be a social event where participants will have the opportunity to perform measurements with different measuring techniques. There will be a competitive component to this event, as the different competitors will be required to submit their estimated flow and provide an uncertainty estimate. These estimates will then be compared with a discharge obtained from an official measuring station.